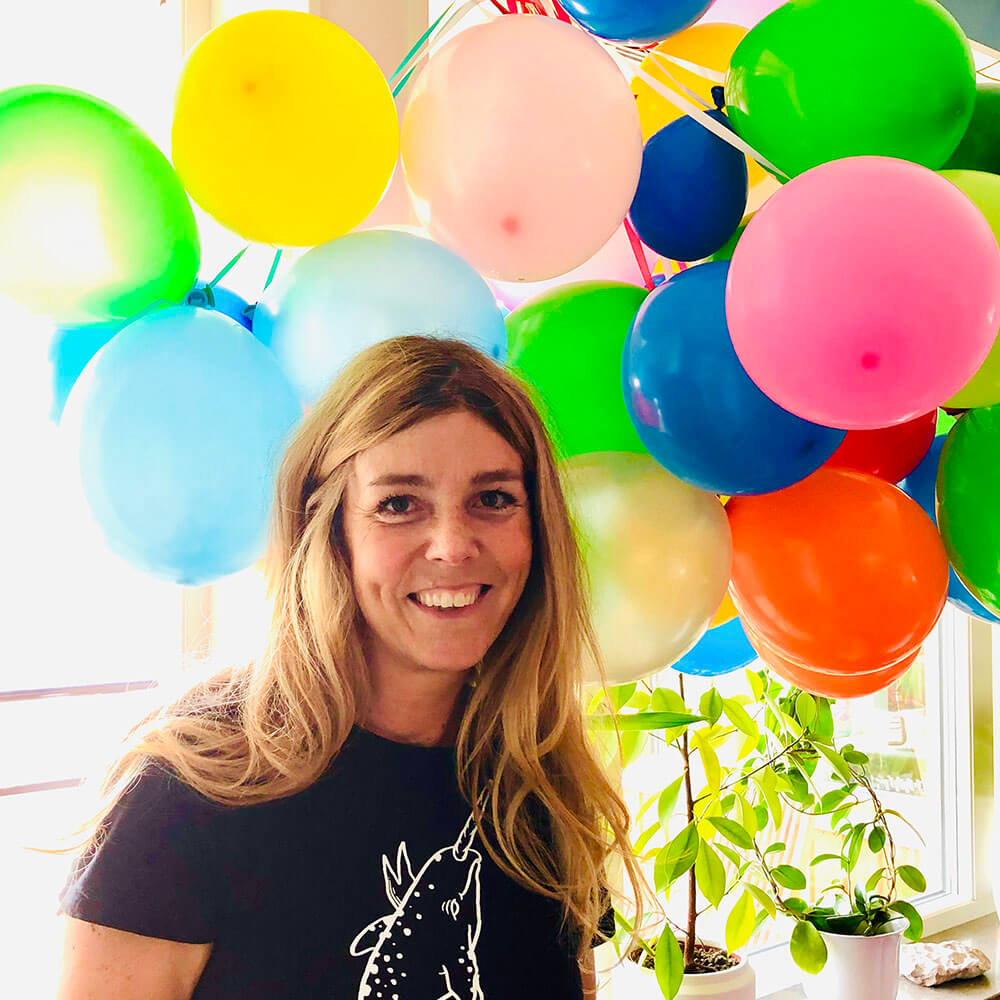 Charlotte entered the world in july 1970 in Stockholm and got the name Charlotte. Charlotte, a name from a story which her mother loved as a child about a spider. The spider ”Charlotte” rescued a baby pigg, with her creativity, from ending up at the Christmas table. Charlotte soon became Lotta and in Sweden it is pronounced the same as L8 – her signature.

Today L8 lives in a city called Gävle where she has her studio. Her artwork is mostly figurative and it often contains animals and human beings and is kind of symbolic. Most often L8 knows what the image is about when it’s almost done, not the other way around. She makes her paintings with a bag of skills (self taught) and a whole lot of feeling in the moment and intuition. The illustrations in “Een mooiere wereld” are painted in oil.

Art that has inspired L8 is usually in the field of children’s books. Of course Astrid Lindgren and Tove Jansson and their words of wisdom describing humanity and peace. Although her sons are grownups she still buys books for children because of the illustrations of for example Marit Törnquist and Beatriz M Vidal. So you can imagine how happy she is being part of this beautiful project with Anna and Roel.

“I met Anna and Roel over ten years ago when they were visiting Sweden and we had a connection from the beginning. Ever since me and my then young kids met them we have considered them as family and when we are together our space is filled with creativity.”

When they asked me to illustrate the book “Een mooiere wereld” I got amazingly happy! I am used to creating art in my own bubble and now I had the opportunity to be in a team, me in Sweden and Anna and Roel in the Netherlands. Over phones and computers flyed songs, words, ideas, sketches, inspirations, encouraging emojis and finally a bunch of oil paintings found their way in an airplane to the hands of Anna, Roel and little Noah.
I believe that our art fits together and that the idea of a more beautiful world is something we always shared and that’s the world we always create when we are together. Together we have this world of playfulness, acceptans, peace and joy and of
course a lot of Swedish “fika”.”